You are here: Home / Blog / Little Known Facts About Rotorua

Rotorua is one of New Zealand’s most popular tourist attractions due to its rich culture, history and unique landscape and I thoroughly recommend a visit. But Rotorua still has a few secrets that some are yet to discover – read on as I fill you in on a few facts about Rotorua that you may not already know.

The Pink and White Terraces 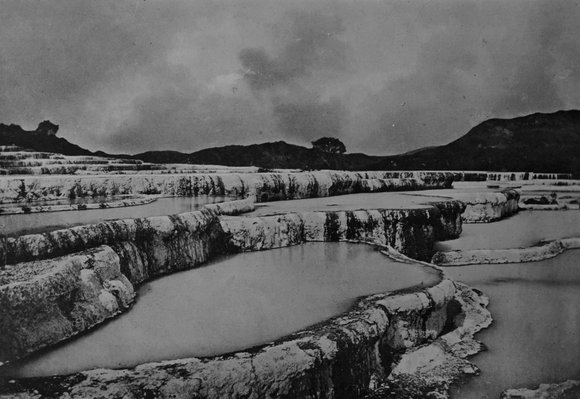 Once considered a natural wonder, the Pink and White Terraces or ‘Otukapuarangi’ (fountain of the clouded sky) or ‘Te Tarata’ (the tattooed rock) were formed by geothermally heated water, containing large amounts of silicic acid and sodium chloride, from two large geysers. They became known for their natural beauty and as a popular bathing spot. Unfortunately they were mostly destroyed by the Mount Tarawera Eruption in 1886 but I still love to visit.

These days Rotorua is known for its geothermal activity. But what many people don’t know is that not so long ago, the region experienced a large volcanic eruption. On 10 June 1886, Mount Tarawera’s three peaks erupted, sending smoke and ash thousands of metres into the sky. Shortly after, a pyroclastic surge destroyed several villages within a six-kilometre radius. Sadly, between 108 and 153 people are estimated to have been killed. The eruption buried a number of Maori villages including Te Wairoa, which can now be viewed as a tourist attraction.

Rotorua is home to a number of geothermal sites featuring geysers, bubbling mud pools, lakes of vibrantly coloured lichens and moss, and crystal blue lakes. Rotorua’s main geothermal areas include Whakarewarewa (where you can take part in Mountain biking – if that’s your thing), Tikitere (Hell’s Gate), Waimangu and Waiotapu. But Orakei Korako, or ‘The Hidden Valley’, is widely recognised as the best thermal area in New Zealand, one of the finest in the world and the place I recommend for those of you who want a bit of relaxation in a natural setting. Just 40 minutes from Rotorua, Orakei Korako is home to the Ruatapu Cave or ‘Sacred Hole’ which is a 120ft cave extending deep into the earth. One of only two geothermal caves in known existence, it features a thermal hot pool at the bottom called Waiwhakaata or ‘pool of mirrors’. It’s no wonder the BBC used Orakei Korako as a backdrop for scenes from their show, Walking With Dinosaurs!

For me the Whirinaki Forest Park offers everything I’m looking for. On quiet days I can take a leisurely walk, listen to native birds and ponder life by the waterfalls. And then on those days when I need to get the blood pumping the park offers me hunting, fishing, 4-wheel driving and horse trekking.

The Benefits of Sulphur

Having lived in Rotorua for many years, I have become accustomed to the unique smell of sulphur but did you know that it is caused by natural hydrogen sulphide emissions. Despite having what many people consider to be an unpleasant smell, sulphur is widely considered to be a safe, non-toxic remedy for skin irritations, acne, arthritis, and bodily aches and pains. There are many places in Rotorua – including the famous blue baths and naturally occurring springs – where you can enjoy a swim in the geothermal hot springs.

If you promise not to tell too many people – my absolute favourite thing to do in Rotorua is jump in a Skyline Rotorua gondola. From my cabin I can take in all of the amazing sights from the city to Lake Rotorua and even the geothermal areas as I majestically rise 900 metres to the top of Mt Ngongataha. I love to sit down and enjoy the 180 degree views while having lunch or dinner at the Cablway Restaurant & Bar. I don’t know a better way to enjoy the sights of Rotorua.   These are just a few of the secrets you can discover in Rotorua. Make sure you don’t miss out on any of the best sights and attractions – buy one of our great value superpasses before you visit Rotorua!